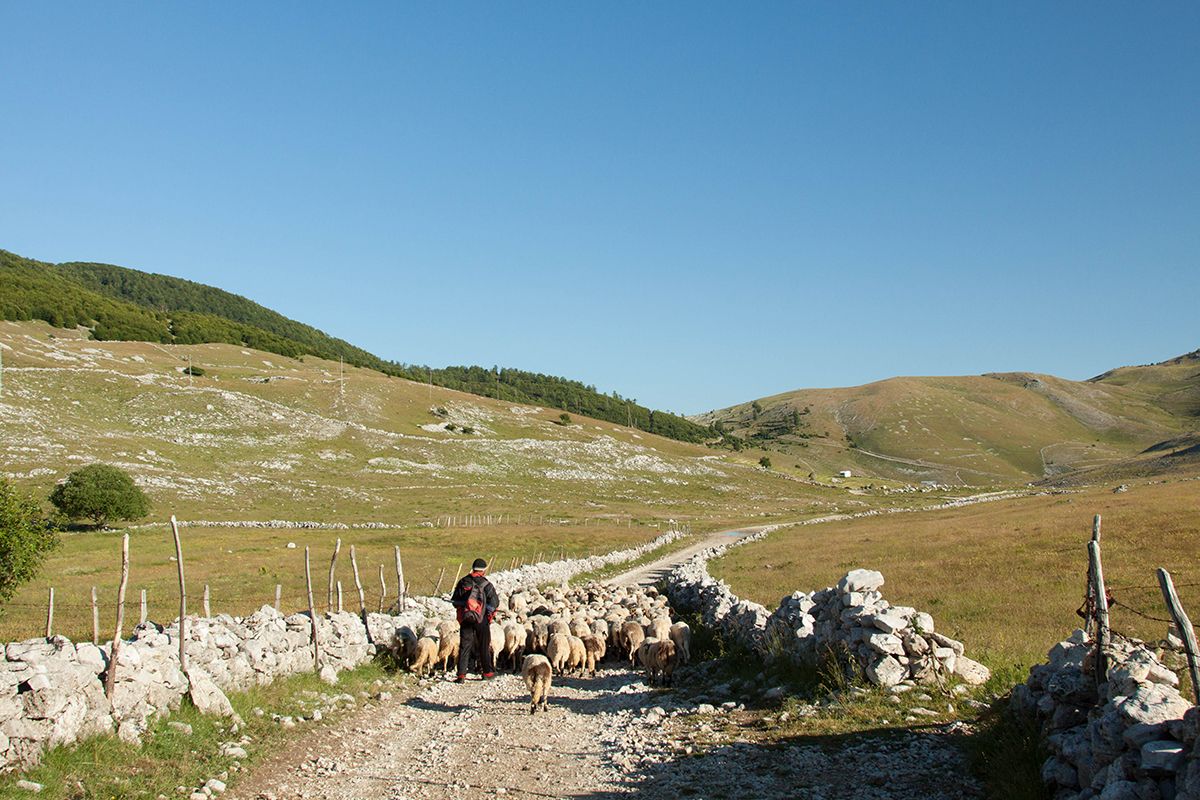 After buying a new phone and rewriting lost blog posts the cab driver drove me back up the pleasantly cool mountains.

This stage,  from Ruište to Boračko Jezero, is a roadwalk and roadwalks aren’t the most appealing to thru-hikers. But, it turns out to be a nice hike. Today it’s cloudy which makes hiking this exposed road less of challenge, there’s nice views and there’s no traffic. I did hike the shortcut to the lake, making the hike 5km shorter, but I missed some historical sights.

At the beautiful,  but touristic lake I ate a big lunch at one of the restaurants. After buying resupplies at the mini-market I topped off with ice-cream, crisps and more soda pop getting ready for some more kilometres.

First there’s a roadwalk over asphalt. The views and lots of afternoon shade eased the hike. After crossing the suspension bridge over the Neretva (not my favorite) the trail runs through farmland and a few settlements to the next river, the Rakitni. I met a German speaking pensioner/herder. We talked a bit and he showed me the mountains I had hiked through and the ones coming up. He also told me the last time a bear had been seen in this area was thirty years ago, before the war. They have all been shot and eaten. 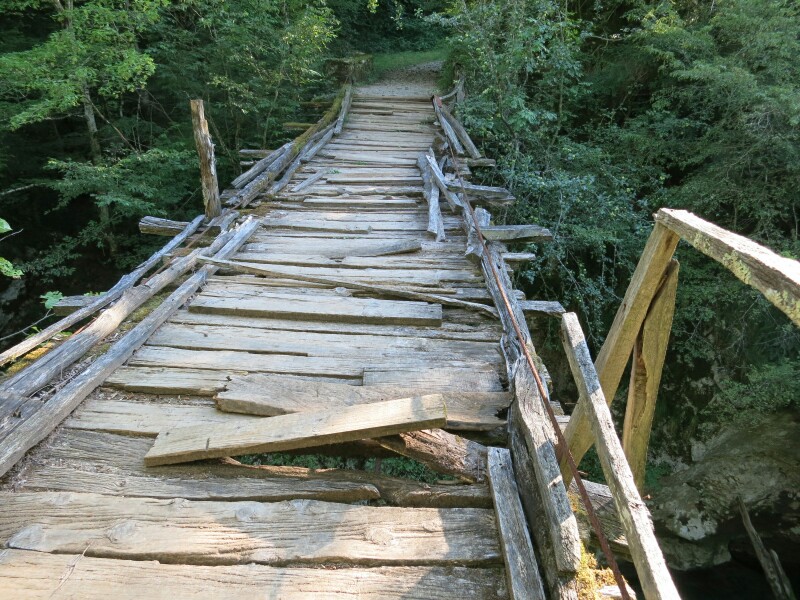 After the Neretva/Rakitni confluence I was warned, the trail is in a bad state. The weather being good and the sun setting I wanted the see the evening views on the canyon and decided to hike on. I have to agree this part of the trail is in a bad state. There has been a forest fire which means lots of weeds growing. Further up there’s loose rocks along steep slopes down into the canyon. However,  I did not have any problems finding my way. 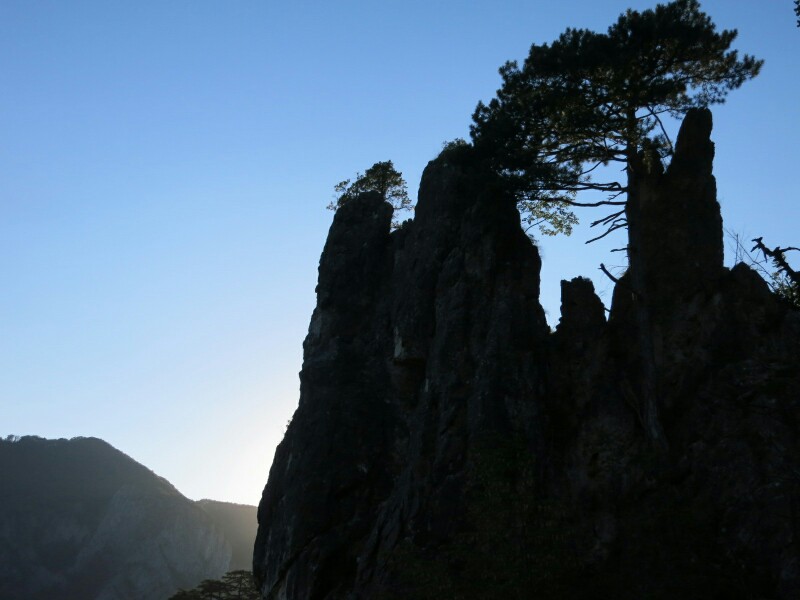 I did get to see great evening views, but finding a decent spot for bivouac turned out to be a challenge… I ended up doing some landscaping. Then laying in my bivy I was eaten by mosquitoes and there were lots of big nocturnal grasshoppers. Oh and there was this huge flying bug, helicopter style, which was very interested in me too. Using my tarp I fixed myself an upper-body-mini-tent locking out bugs and locking in the damp I produced while breathing.

The closer the trail gets to the village of Dubocani, the better it gets. From Dubocani, I was told, there’s two choices. The marked trail follows the road, the GPS track is the shortest option but this is trailless terrain. I ended up hiking the GPS track, along this track there’s a surprise watersource just after the last roadcrossing at about 1000 meter.

After a hike through the forest, which is easy to navigate through, there’s the plateau with stunning views! At the, in the war, completely destroyed village of Blace there’s a somewhat dirty watersource (including a dead snake laying in it when I checked it out). And then there’s more hiking along the plateau with more stunning views.

At the spring in Lukomir one of the villagers told me where I could camp (I was just refilling my waterbottles and did not yet ask her). As I lay in my bivy near a haystack the sheep and herders returned home for the night. 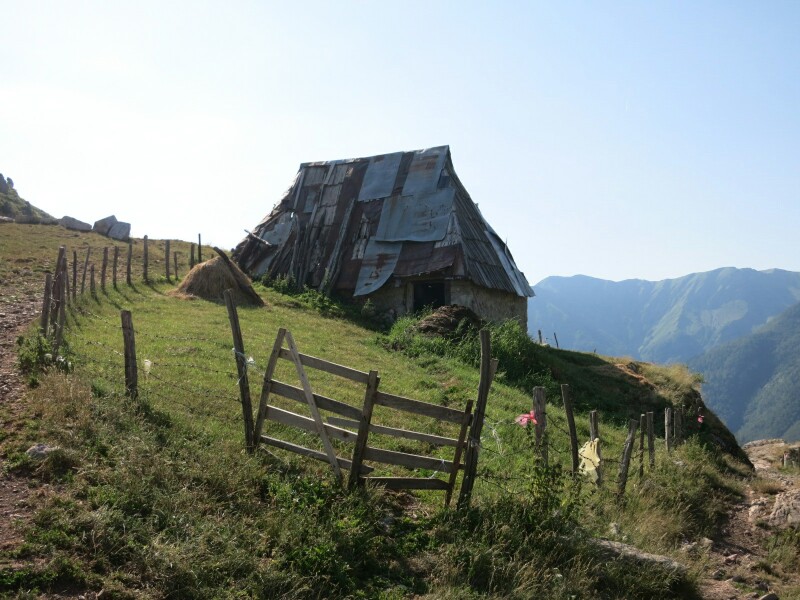 Since being out here I decided to leave the trail and hike an alternate so I can go into Sarajevo without hiking the same trail twice.

From Lukomir I hiked to the village of Umoljani. On the trail I met a young couple exploring the area. We ended up chatting for a while and the served me second breakfast fresh bread, tomatos, cheese… hmmm At Umoljani I enjoyed a big third breakfast at one of the restaurants. This village is quite touristic, espacially in the weekends.

From here I hiked to another part of Bjelasnica mountains. This trail is not marked, but navigating and the terrain is easy. 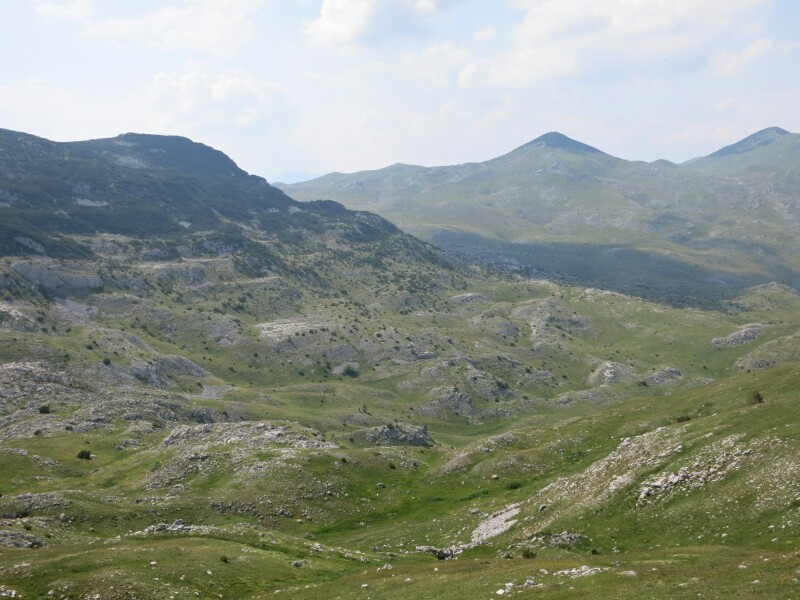 Close to Sitnik, the first mountain hut I reached, old markings were visible. This hut is locked but there’s an outside well and from this hut there’s a perfect trail to the next hut.

Within no time i’d hiked the two kilometres to Stanari, according to the information I found on internet this hut is openend in the weekends… and yeah! there were two man sitting, drinking and eating in front of Stanari. 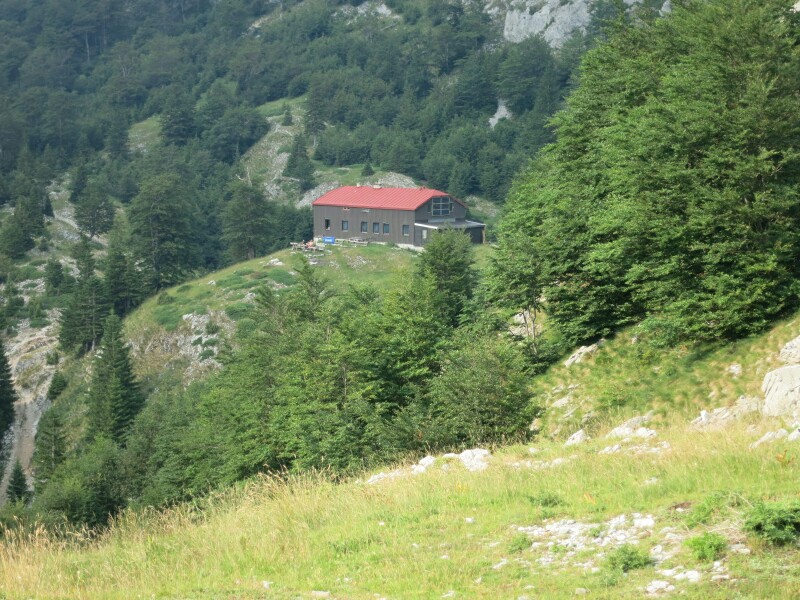 Even though they did not speak any foreign language the gave me a warm welcome, a princess room with a princess blanket, they served me food and drinks and gave me candy and cookies. They were surprised that I’d hiked all the way and all alone from Lukomir. While enjoying music from the 80’s en 90’s we overlooked the mountains and the sunset.

The next morning man came crawling ouy of every corner of the hut. One of them living in Sweden and speaking English. He found out that even though the hut has been there since the fourties, there has never been a fridge. So he bought one and today it’s being delivered.

While waiting for the fridge I asked the man for some muscalair power to fix my trekking pole. This ending up using pretty big tools and completly dissecting the pole. The thing got fixed but we were unable to put it back together… 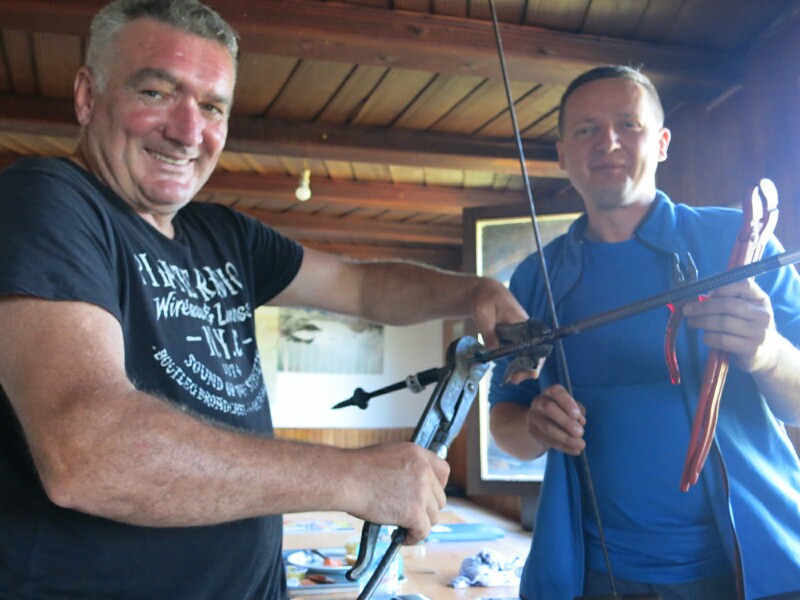 Than a Jeep arrived bringing the fridge. 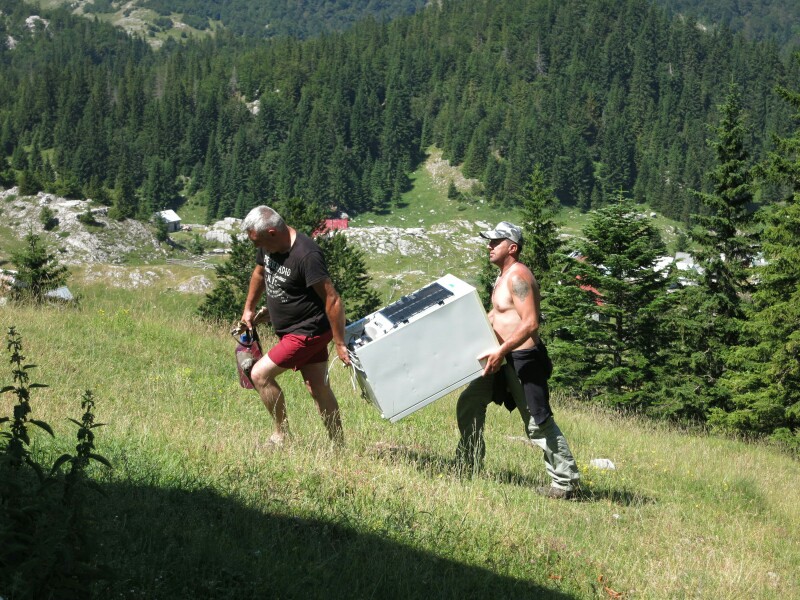 Making this a memorable moment: from now on there’s cold beer available at Stanari!!!

Sarajevo and a shower (and hopefully a shop selling trekking poles) were waiting for me and I left this mans’ cave. After hiking a fast and easy nine kilometres I reached the town of Pazaric from where I took the bus into Sarajevo.

More pictures on Instagram. Support my adventures and buy me a carbonated and sugary soda pop. 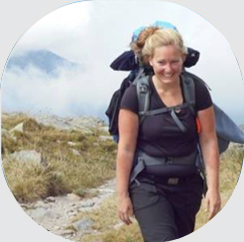