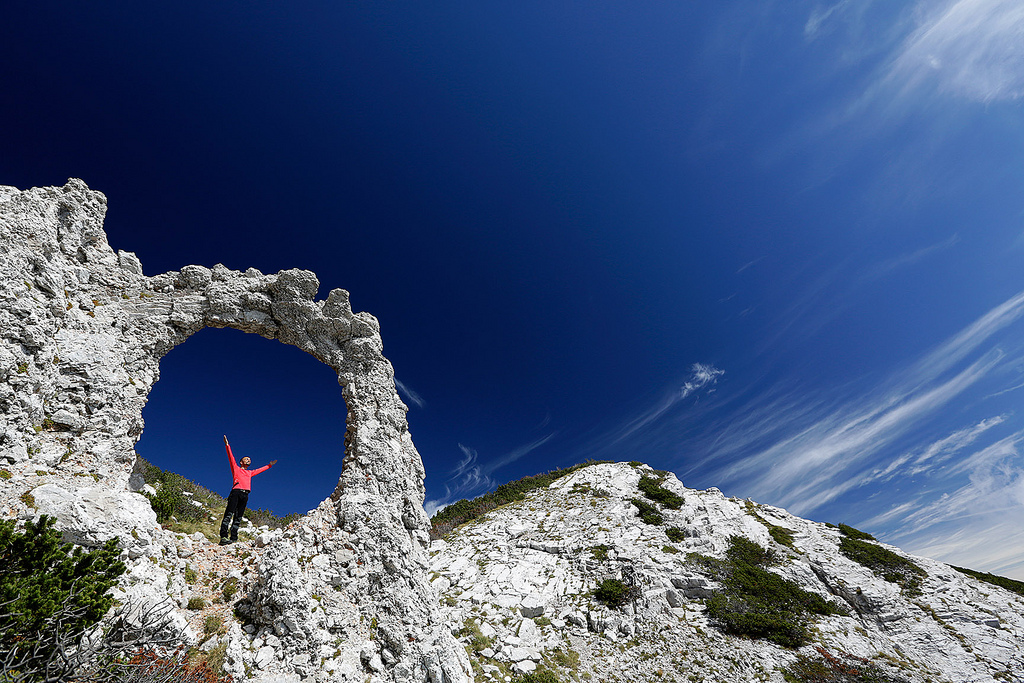 Bosnia and Herzegovina (BiH) is the heart shaped country in the middle of the former Yugoslavia and lies at the heart of the Dinaric Alps. In a country that covers only 51,000 km2, it is no less than a phenomena that it hosts so many drastically various landscapes. From rugged Alpine peaks, dry and arid Mediterranean Herzegovina, the rolling green hills of central and northern Bosnia, to the vast flatlands of Semberija in the northeast along the river Sava, this tiny place offers a more fascinating array of climates, cultures, vegetation, watersheds, and wildlife than any other country in southeast Europe.

Expanding from Bosnia and Herzegovina’s western border with Croatia, the Dinaric chain cuts through the heart of central Herzegovina with Prenj, Cabulja, Cvrsnica and Velež Mountains – all above the 2,000 meter mark. This mountain range is the natural boundary of the Mediterranean and continental Alpine climates. The warm Adriatic temperatures clash with the harsher Alpine ones, producing one of the most diverse and unique eco-systems in all of Europe. Over 32 types of endemic plants, flora and fauna can be found in the central Herzegovina mountains. The Neretva River Valley and the Neretva Delta that flows into the Adriatic Sea has been an area of human settlement since the Paleolithic Age. The Mediterranean climate offers ideal conditions for human settlements. The valley produces figs, mandarins, pomegranates, and has had a winemaking tradition since Roman times. The western valley is more arid and dry and resembles the rocky terrain of the Dalmatian coast. The Neretva Valley is certainly one of the most interesting areas of BiH, and its cultural, historical and natural heritage has produced a wealth of tourist attractions.

From the high central ranges the Dinaric mountains cut east towards Visocica, Bjelašnica, and Treskavica Mountains. Deep canyons characterize this area and many highland settlements can be found dating back to medieval times. Moving even further east, bordering Montenegro, are Bosnia and Herzegovina’s highest peaks. Protected in Sutjeska National Park, Maglic Mountain (2,386 m) towers above the surrounding natural fortresses of Zelengora Mountain, Volujak, Lejlija and the Mezozoic walls of Lebršnik Mountain. Sutjeska National Park hosts one of the two remaining primeval forests in Europe – Perucica. The old wood trees are the last remains of forests dating back 20,000 years. Through these peaks the Sutjeska, Tara, and Piva Rivers carve their way as three of the main tributaries of the Drina River. Throughout the entire chain are the prized ancient villages that preserve ‘old world’ Europe. In the open valleys between them sprawl the towns and cities of Mostar, Jablanica, Konjic, Sarajevo, Foca and countless smaller settlements. A rugged and creative mountain culture has emerged from this region, connecting man and nature in ways rarely seen in modern times.