Una National Park: A Gem on the Green Trail 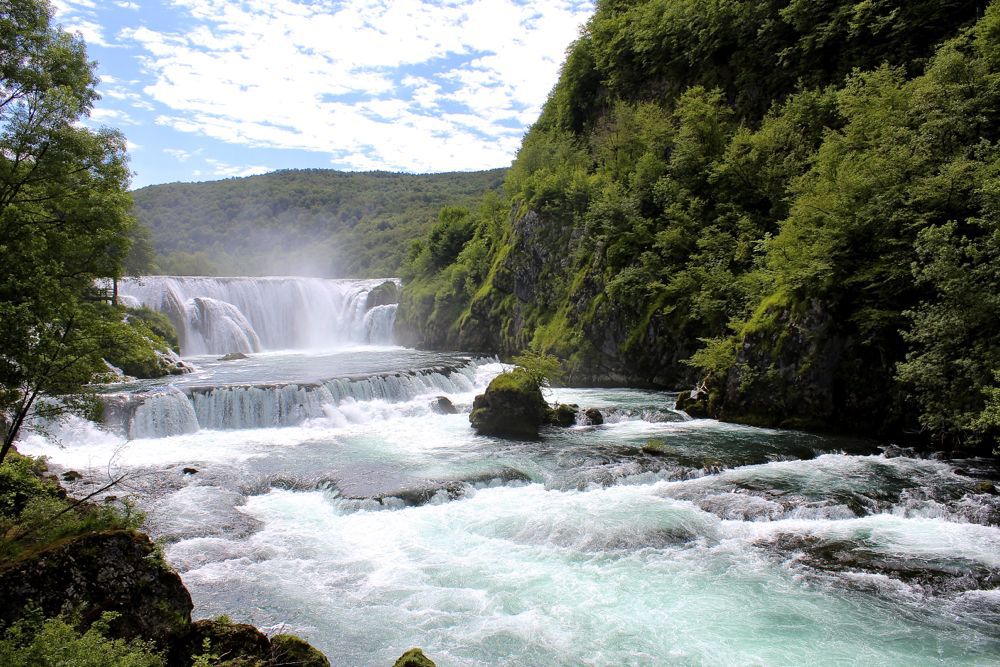 On the second day of our trip, I visited Una National Park with National Geographic Explorers Lois and Shawn. The Via Dinarica Green Trail goes through the park, which is in Bosnia and Herzegovina near the Croatian border. I had been dying to visit this place for ages, having heard about the Una River’s beauty from many people since arriving in BiH. It surpassed my expectations on every level – in fact, you might have to see it to believe it.

With these photos, I’ll do the best I can to give you a glimpse!

Legend has it that this river was named “Una” by Roman warriors who arrived on its banks and were healed of the grimness of war by the magnificent beauty of the river. The only way they could express the magic of the river was with the word “Una,” meaning “the one, the only.” 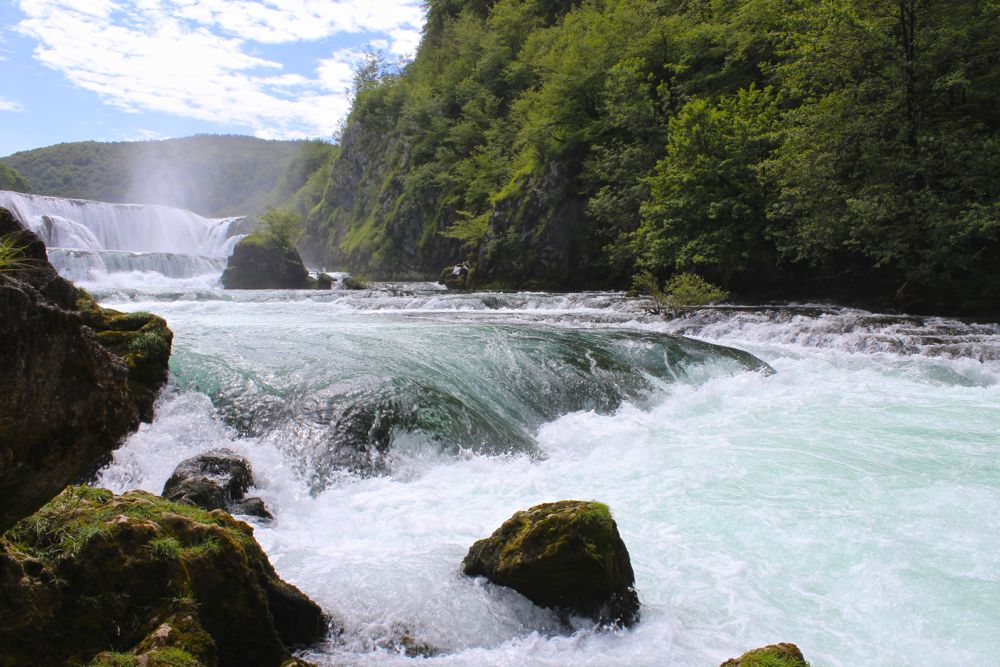 The River is 212 km (132 miles) long and weaves a glorious course along the borders of Croatia and Bosnia and Herzegovina. Pictured above is Štrbački Buk, where many natural waterfalls are stacked one after the other, including the tallest cascade in the park at 24.5 meters. 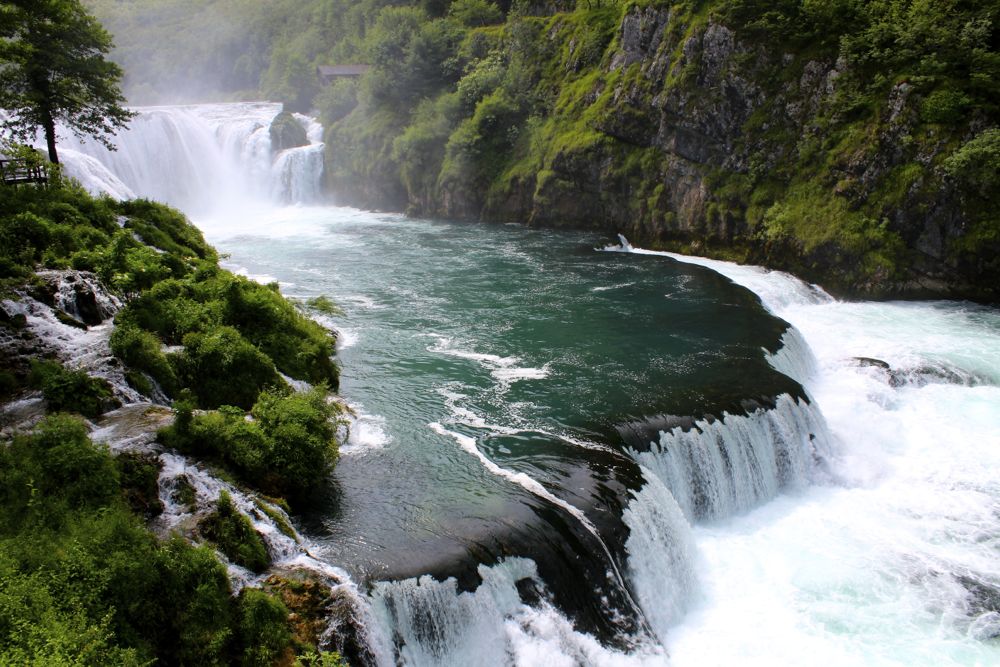 The many waterfalls on the Una River contribute to the water’s vibrant colors and clarity. Waterfalls naturally aerate the water by driving oxygen into it, which enlivens its colors and is extremely healthy for plant and animal life in and around the river. Hundreds of species of flora and fauna can be found in the park. Many are endemic- such as a certain aquatic salamander found in underwater caves- while some are endangered in the region, including the majestic and elusive Balkan Lynx. 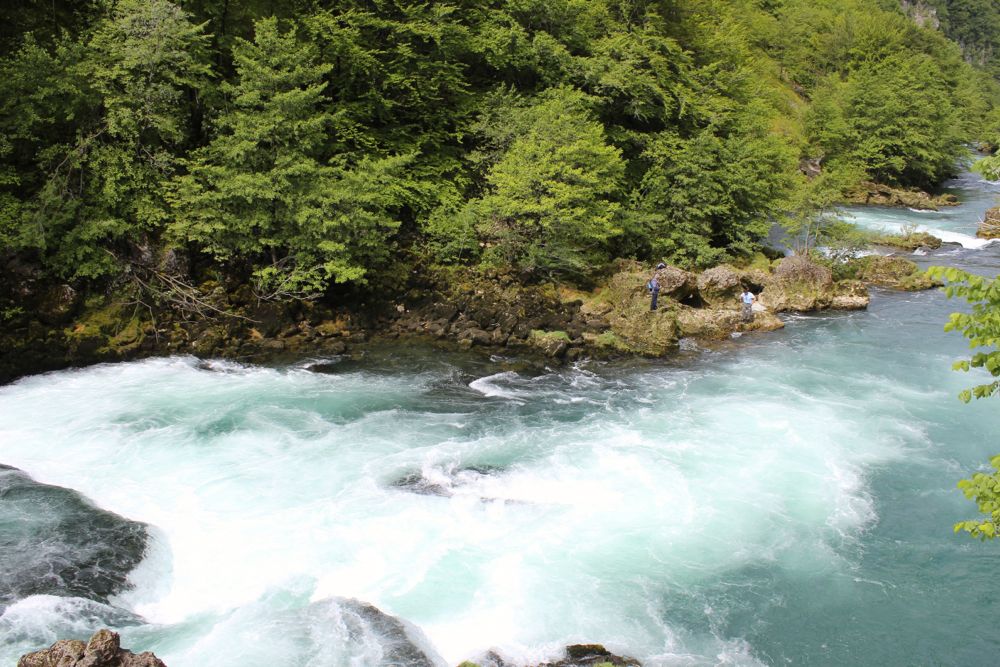 The Una River is clean, healthy, and strong, and so are its fish. Fishing, including fly-fishing, is very popular on the Una, and some of the most common varieties in these waters are graylings as well as Rainbow and California trout. Over 30 species of fish and many varieties of river crabs are part of the biodiversity of the Una River, whose many natural, cascade-fueled whirlpools are ideal habitats for large fish. 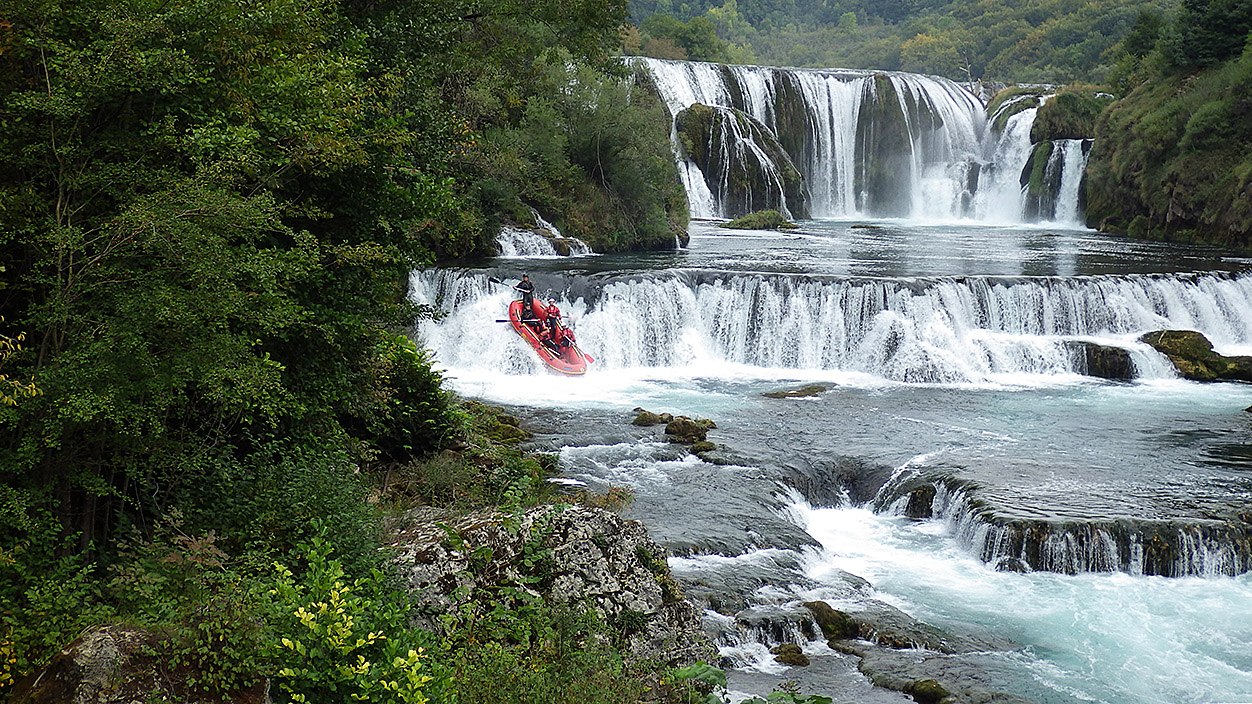 The Una River is famous in BiH for many other water sports, including kayaking, diving, and some seriously epic, whitewater rafting. The Una Regatta is an increasingly-popular event which includes organized water sports and camping in the park. It takes place annually, and will be held this year from July 28 to 31. 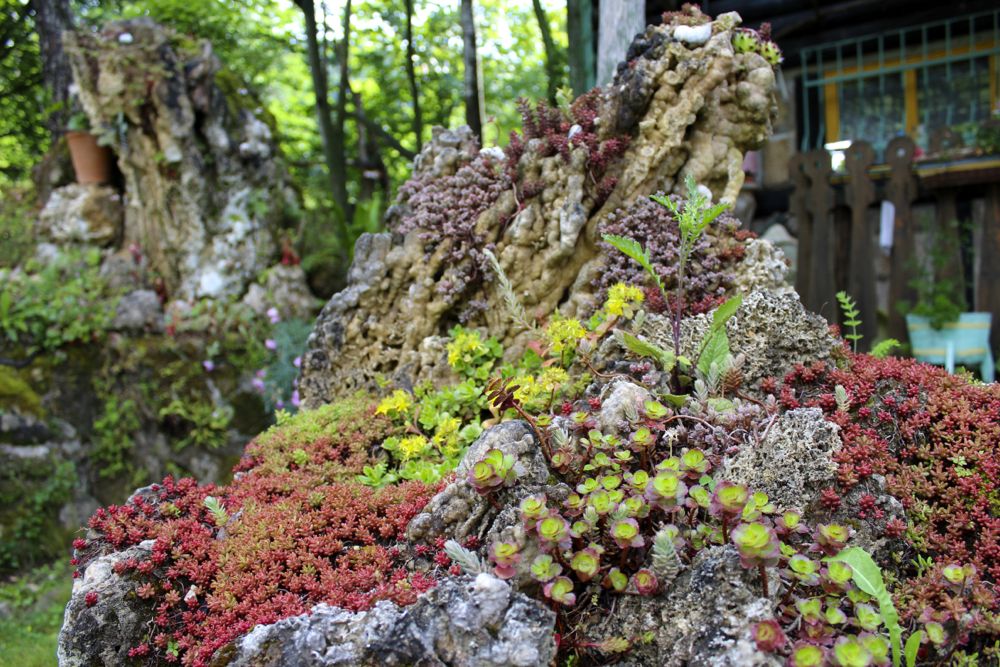 A healthy environment creates natural wonders to rival our wildest dreams. This is as true for enormous and powerful waterfalls as it is for tiny, intricately beautiful plants that grow inch-high. 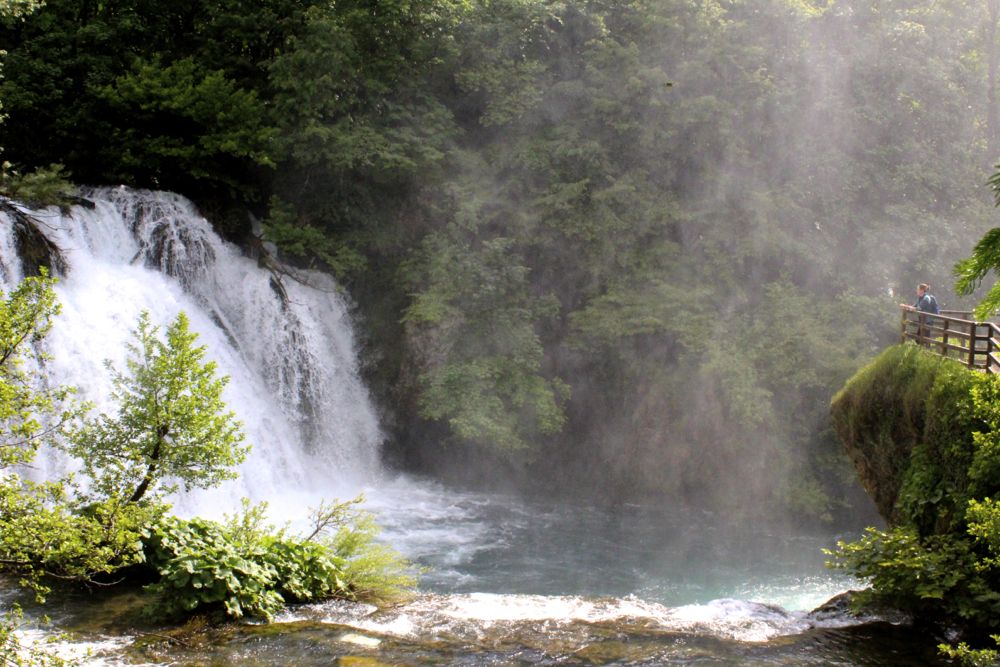 The Martin Brod waterfalls are the other contenders for the most major and glorious cascade on the Una River. While Štrbački Buk boasts the tallest drop, Martin Brod is technically a larger collection of falls, which continue along the River for around 800 meters. I could have stayed at this viewpoint for hours (I’m the small figure on the right), enjoying the refreshing mist, therapeutic rumble of the water, and counting the rainbows in the sunny spray. 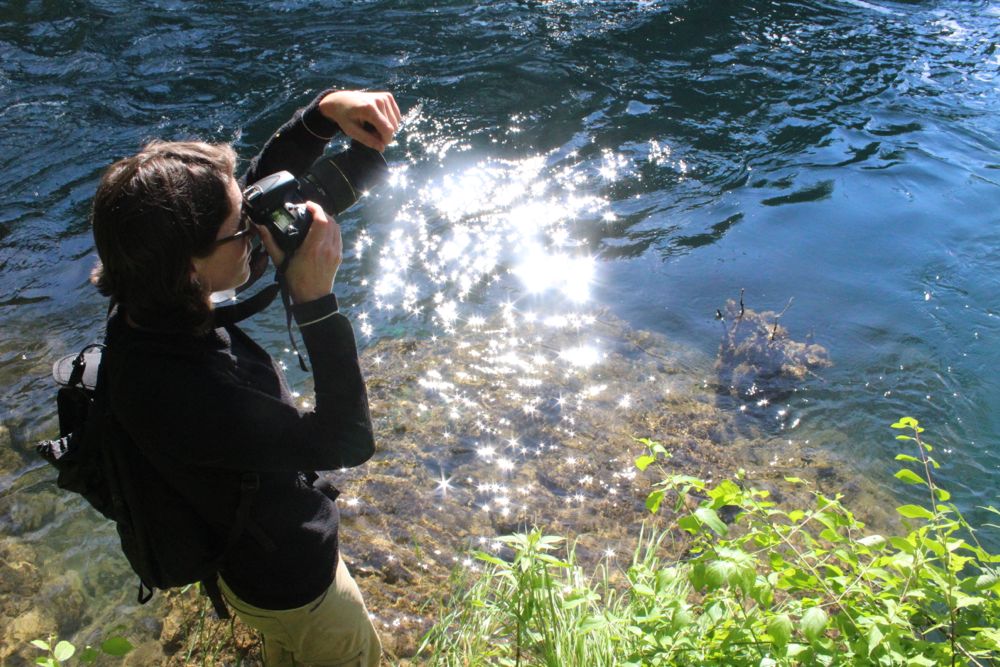 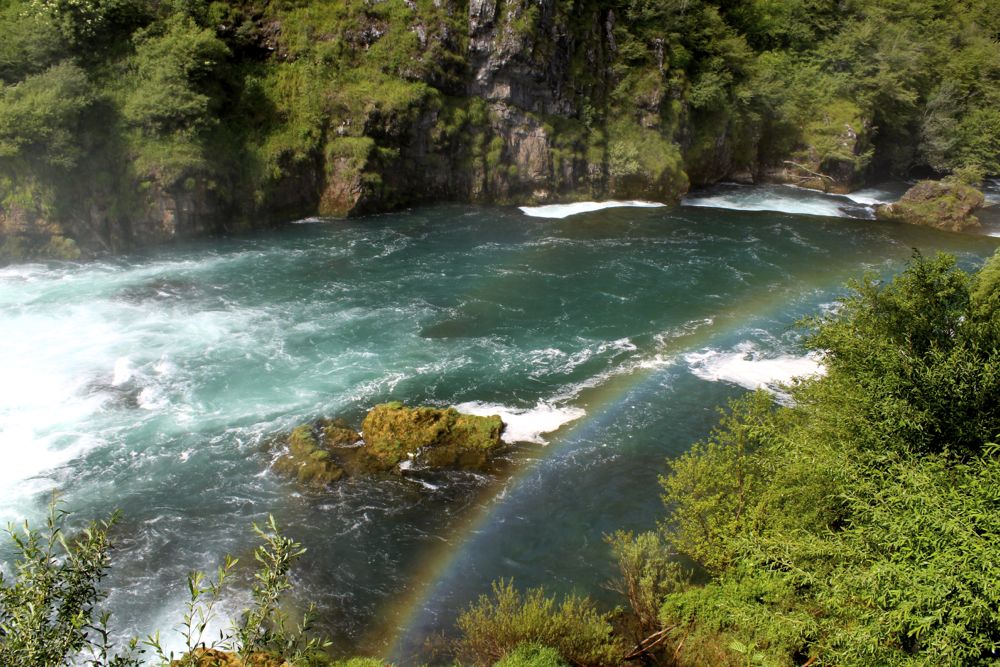 Unfortunately, there is some bad news: a dam might be built.

The government of BiH- the same government that agreed to designate the Una National Park as protected land in 2008- may soon approve a project to build a hydroelectric dam on the Una River just upstream of the park itself. This is part of a larger scheme that proposes to erect up to 2,700 dams in the Balkans, threatening the prosperity of rivers all over the region.

Damming would destroy the valuable and unique ecosystems as well as the natural diversity of the Una River and its surrounding wilderness. A dam would obliterate the park’s progress toward sustainable and responsible economic growth- growth that would, in the long-term, lead to larger profits and more jobs (especially locally) than would a dam.

Tourism in the park is in its early stages of generating consistent and reliable incomes for local businesses. A dam would end this prospect, and only benefit the transnational, environmentally-irresponsible financial institutions, which have no interest in the long-term prosperity and wellbeing of BiH’s nature or people.

Here is recent news about all this nonsense.

Here is some information about a group that is trying to stop it. 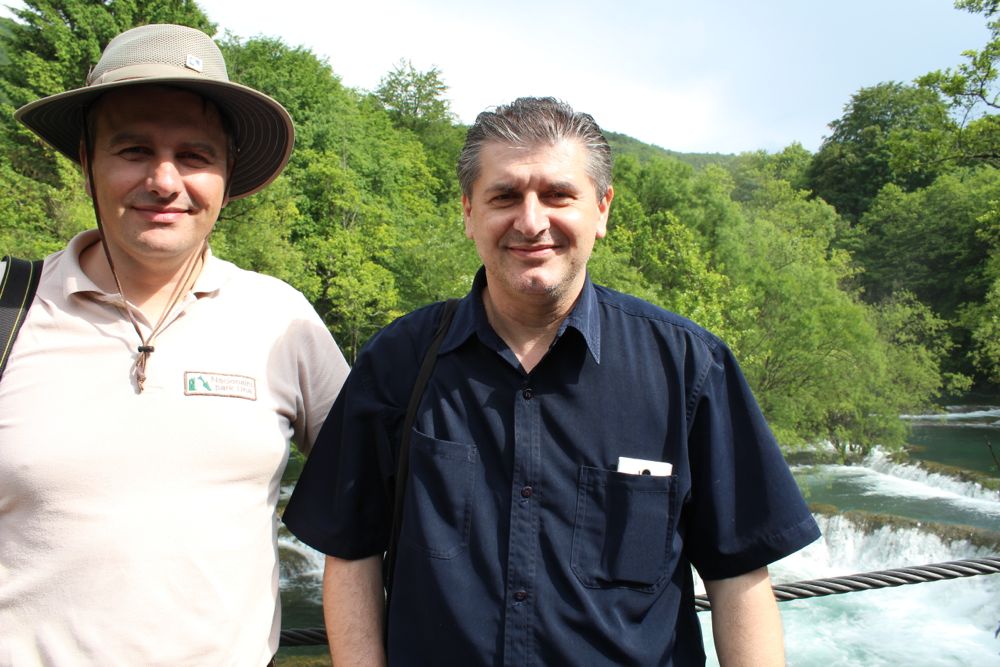 We met the director of the park, Amarildo Mulić (right), and park ranger Haris Hadzihajdarevic (left) for a coffee in Kulen Vakuf, a town situated in the center of the national park. Kulen Vakuf stands to benefit from positive economic development thanks to the park. There are plans to improve accommodation and tourism services in town and to create historical hiking and mountain biking tours to archeological sites in the surrounding mountains. The number of tourists visiting the park has grown significantly every year since its official opening in 2011, and demand for these sorts of offers is increasing. Amarildo mentioned that these initiatives would contribute more to economic development in the long term than would a dam. 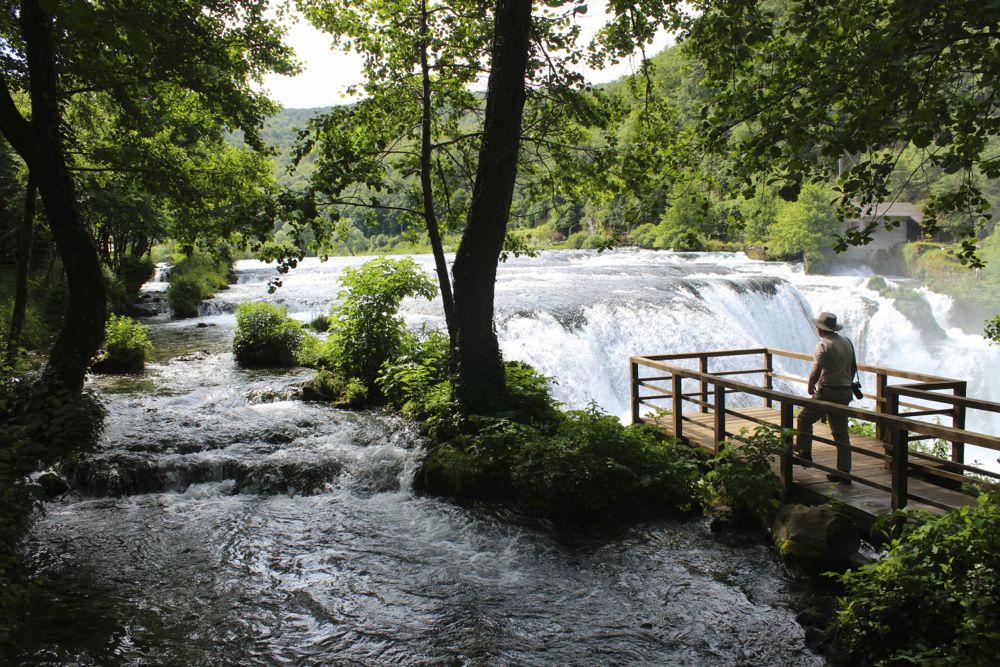 Haris (pictured above) and Amarildo are very passionate about protecting the nature of Una National Park and its great diversity of flora and fauna. Sadly, this newly-protected land is already under threat. The best way we can show our support for its safety is to visit, enjoy, spread the word and speak out against the dam project.

I’m also very passionate about nature, as you can probably tell! At Backroad Balkans, I write about fun facts and stories I learn while exploring Balkans wilderness.