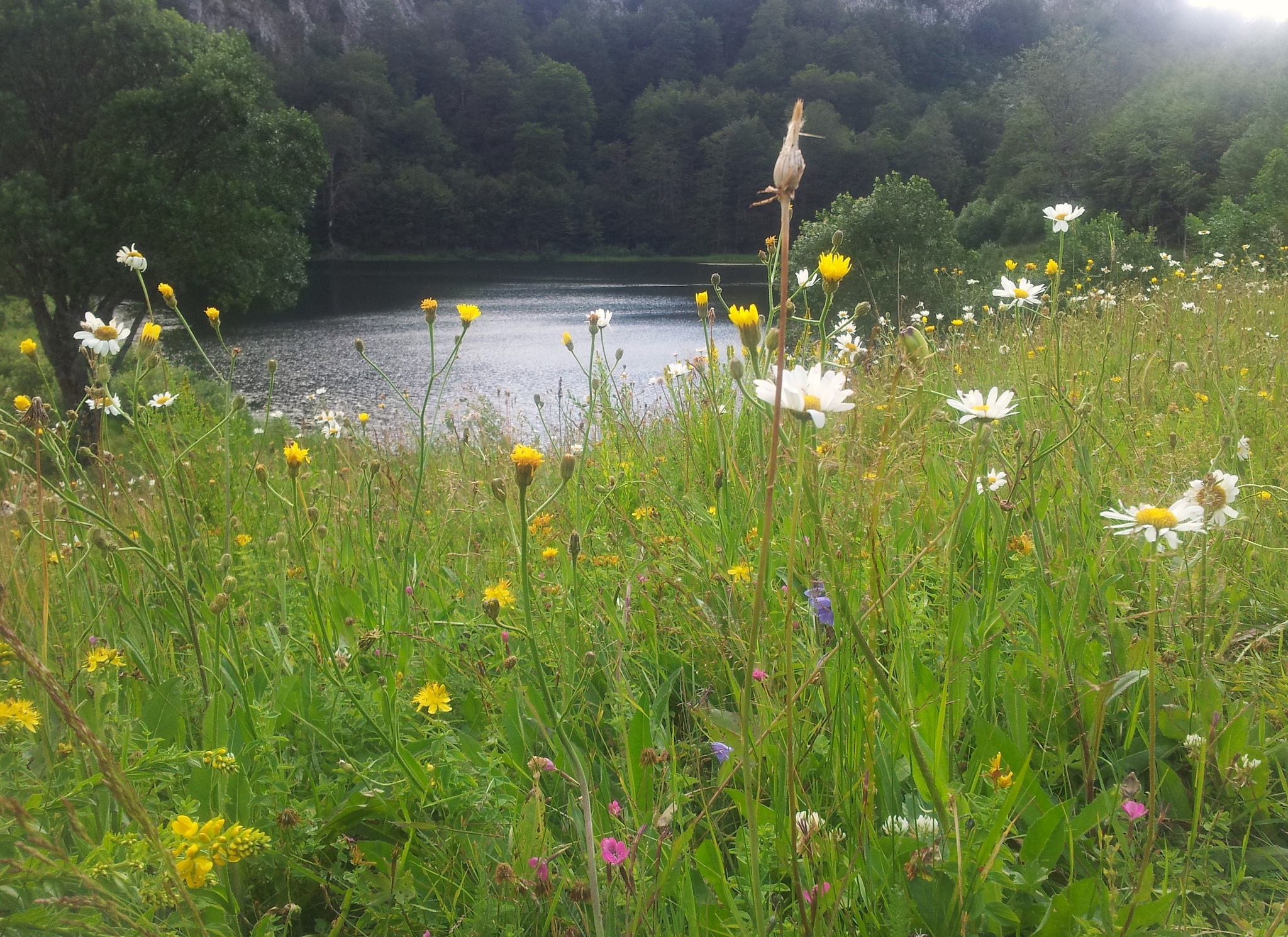 Tjentište is a little town with a big big hotel. People are obviously not coming here for the city sights, although the architecture is remarkable. It’s Sutjeska which is attracting people and Tjentište happens to be a good place to enter the national park. But if all of that is true, why didn’t I met any other hikers? So far, I’ve only met two Serbian men who were sleeping at the Radović household and I saw group of bikers (on a pushbike, not a motorbike) crossing town.

None the less, there were many cars, campers and caravans. What makes sense, because there are many restaurants, motels and campsites. And the big hotel Mladost. What are all those people doing here if they don’t go up into the mountains?

There are several options. First of all, many people come here to visit the Tjentište War Memorial that commemorates the battle of Sutjeska. Perhaps those people stay in the valley. It could of course also be possible that all the other people were not on the same trail as I was. They might go to the Borić viewpoint or straight to Maglić via another route.

The third option is that the go to Tjentište to do a jeep tour. There are several macadam roads that will lead you for example to Prijevor or Donje Bare. I did this during the Sutjeska trail marking adventure with Terra Dinarica and Green Visions. Well it was not a real touristic tour, but I experienced the jeepride up to these two places and it was absolutely fun. 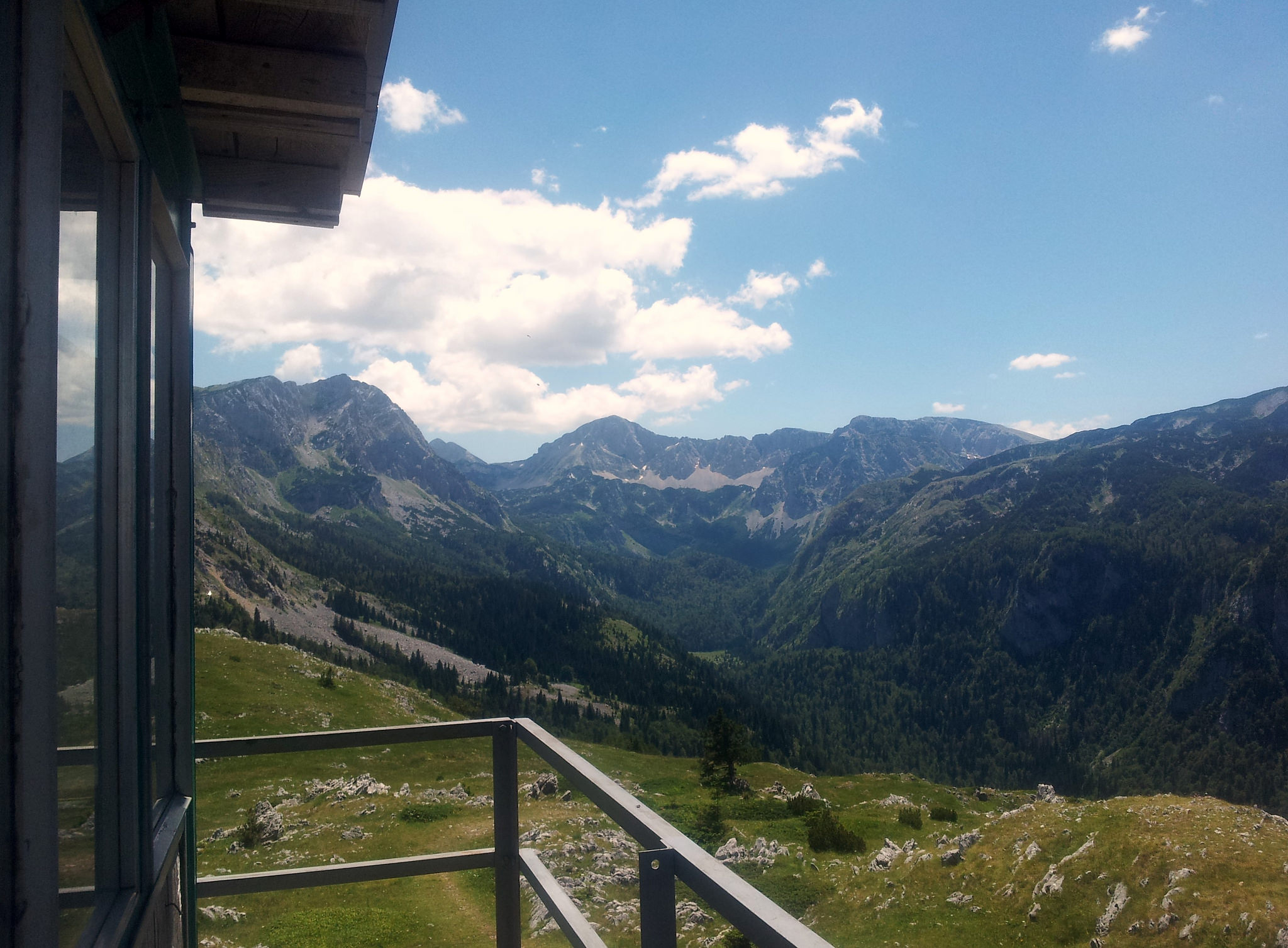 It still doesn’t explain the amount of facilities and accommodation in the valley. Where do the people that belong to the cars and campers hide during the day?

When Mårten, a guy from Sweden that joined me for two days, and I went for a stroll, we discovered a swimming pool at a surprisingly well maintained sport complex. The huge parking lot seemed a bit overdone, but during the day more and more cars filled up the whole thing.

The restaurant at the swimming pool (concrete basin) played popular songs which later switched to electronic dance music. Girls in bikini’s and guys with fancy looking sunglasses all seemed to know each other. Casually they hang around, ordered beer and of course went into the pool every now and then.

Locals are used to the mountains, they don’t need to go up. (can’t be true!) But during these extremely hot days, Tjentištes swimming pool is the main point of interest. Young and old, a great mix of people who all together created a real summer holiday vibe.

I couldn’t help wondering why they came to this swimming pool and why there actually was one in Tjentište. Are these people escaping the city-heat? Do they come from smaller villages without pool or is Tjentište the place to be?

I didn’t find out, but due to the people who gave the city a vibrant atmosphere, I had a a good time as well. Bars with WiFi and restaurants with spectacular meat plates, Etno restoran Makadam had really good food!

On our way back to the Radović household which is a bit further on the road in Popov Most, but certainly worth the extra kilometers, we tried to take a shortcut. I didn’t bring my GPS for a city walk, so I couldn’t check if the road we were on was the right one. It went sort of in the right direction, but much more up. Too much. For a shortcut it felt awfully long. Too long.

Mårten wanted to go back, but I’m not good in turning around. I was stubborn, so we continued. After another thirty minutes of  too much going up in the wrong direction, I had too admit that we were wrong. I was wrong. We had to go back. Blehhh. Now it was Mårtens turn to be stubborn, he wanted to try another dirt road that maybe could lead us back. We could see Popov Most, but there was no way to reach it.

At this point both of us didn’t want to turn around anymore. No more walking up! So we went on along empty houses, forest, farms, barking dogs… No Popov Most. At a junction we had no idea where to go, so we flipped a coin. It brought us to an old ladies house. She immediately invited us in and offered us sok. Fresh home made juice. Super! The lady, Jale had three cows which she every day brings to place a bit further in the valley. That was exactly the way we had to go, following the cows. 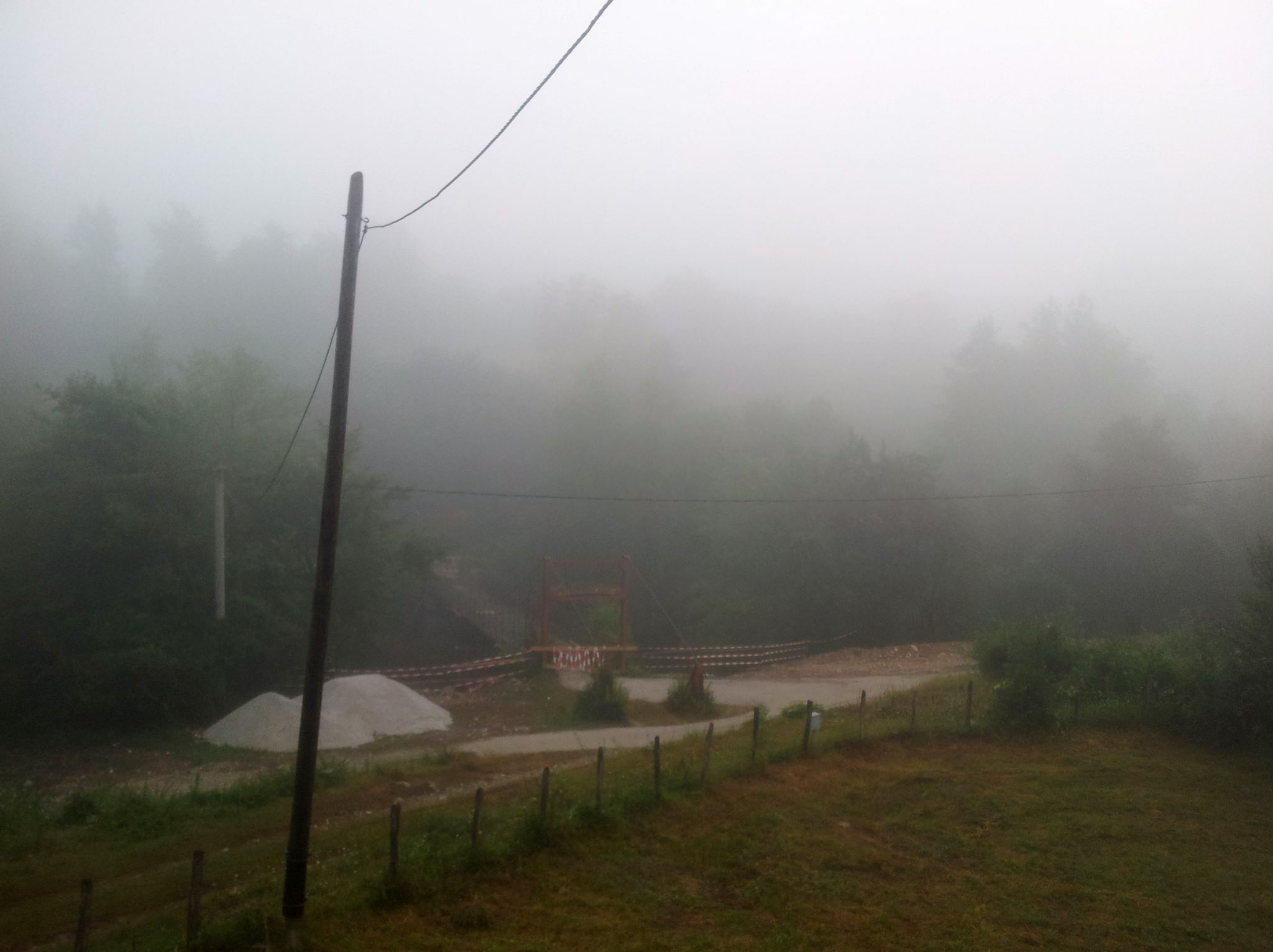 Popov Most, after the Storm

In the mean time the sun disappeared behind the clouds and the wind warned me that it was time to go “home”. The Radović household really felt like our home for a few days. Quiet and comfortable with a lovely terrace and a fire-pit. I couldn’t wish for a anything else.

A minute after we took our dry laundry inside, it started to rain. Loud thunders and frightening lightnings told us that they were close. They even shot down the electricity. We were lucky to be in time, the dirt-road changed into a mud-bath and the temperature dropped from 38 to 15 degrees.

For a rest day we hiked a bit too much, almost twenty kilometers. Despite our bad mood when we had to admit (I had to admit) that we were on the wrong road, meeting the old lady and our excellent timing made it worth after all. It was a little unexpected adventure.

From Tjentištes hotspot, the swimming pool to drinking juice with an old lady. From screaming hot weather to aggressive thunderstorms. Nature versus culture. Hip and happening.

The thriving town Tjentište really has it all!