Albania Viadinarica Montenegro Thru-hiking Eva Smeele
After the adventure with Drande the sweet shepherd lady from Vermosh, I gained an experience, but unfortunately I didn’t gain much knowledge about a route out of Albania. But I did notice, while looking out over the valley, that there might be another possibility. The valley kind of splits into two branches, of which I only examined one. I hoped if I would follow the river, I would find a path to Rikavačko Jezero, a lake that a local from the valley mentioned earlier. From there I would be able to venture further into Montenegro.

It took a while (two hours) before I found the right turn to Rikavačko. While I almost gave up and walked back to Vermosh (for the third time), an arrow saying Vermosh caught my eye. ˝Yes, I know where I’m going˝, I wanted to yell at the tree. But hey, would this mean that it is possible to go the other way as well?? Haha! 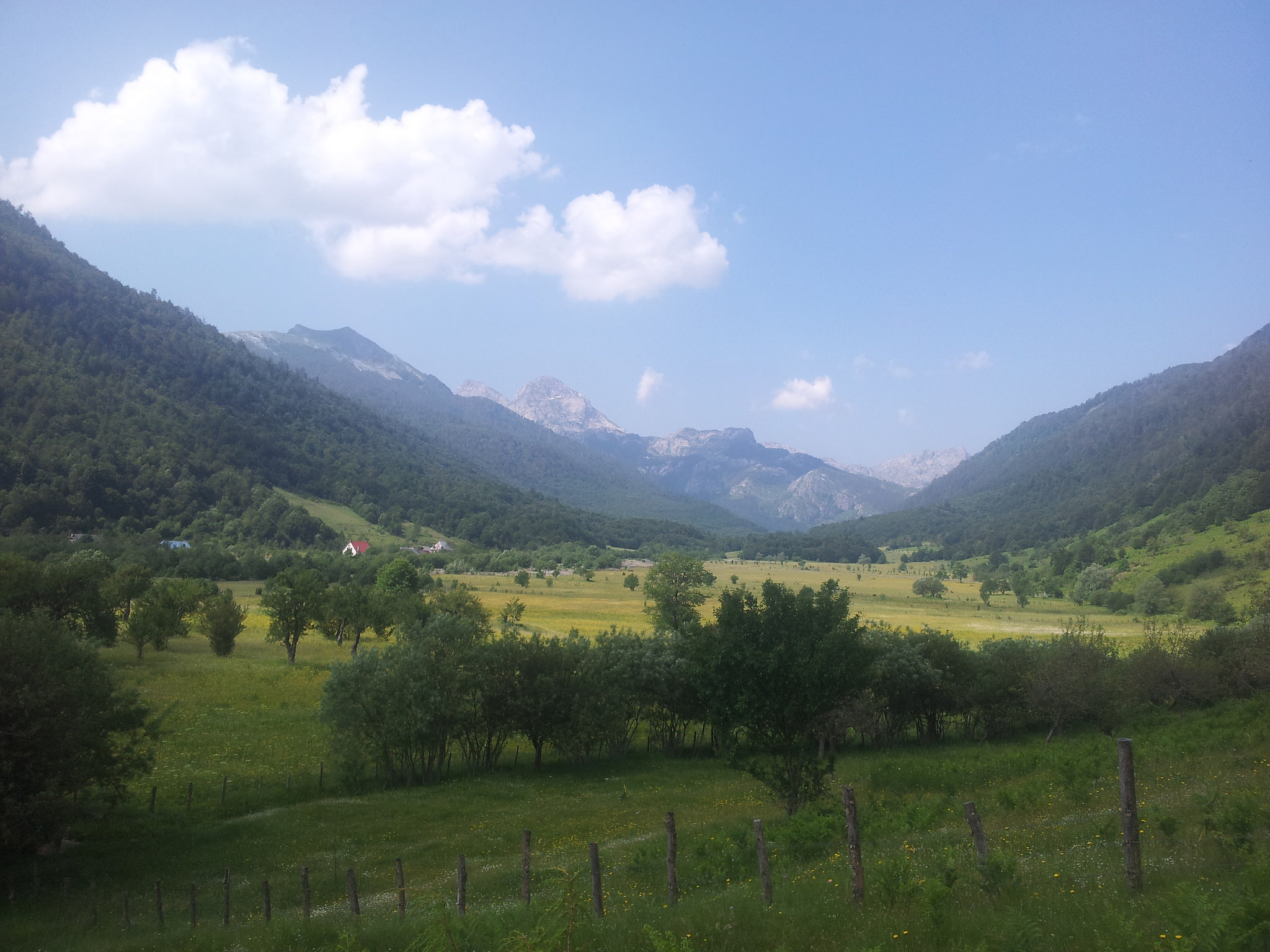 The other branch of the Vermosh valley

My way to Montenegro

I couldn’t believe my eyes! After all the wilderness there finally was a clearly marked track! Adventurous and wild, overgrown and steep, but very pretty. Every step kind of felt like victory. I found my own way out of Vermosh. From the border it was a bit of improvising, slithering over the marshy, grown over hill, but with a great view on the lake.

At the other side of the lake I ran into cows, horses and a panorama restaurant to be. From a distance the owner was mysteriously looking at me through his sunglasses. With a glass of red wine in one hand and a cigarette in the other, he was carefully watching his surroundings. No Engliski, but a friendly gesture to come over and sit down with him. With some words out of my Bosnian vocabulary and an online dictionary we managed to have a decent conversation. But in fact we didn’t need words to take in and enjoy the incredible place around us. 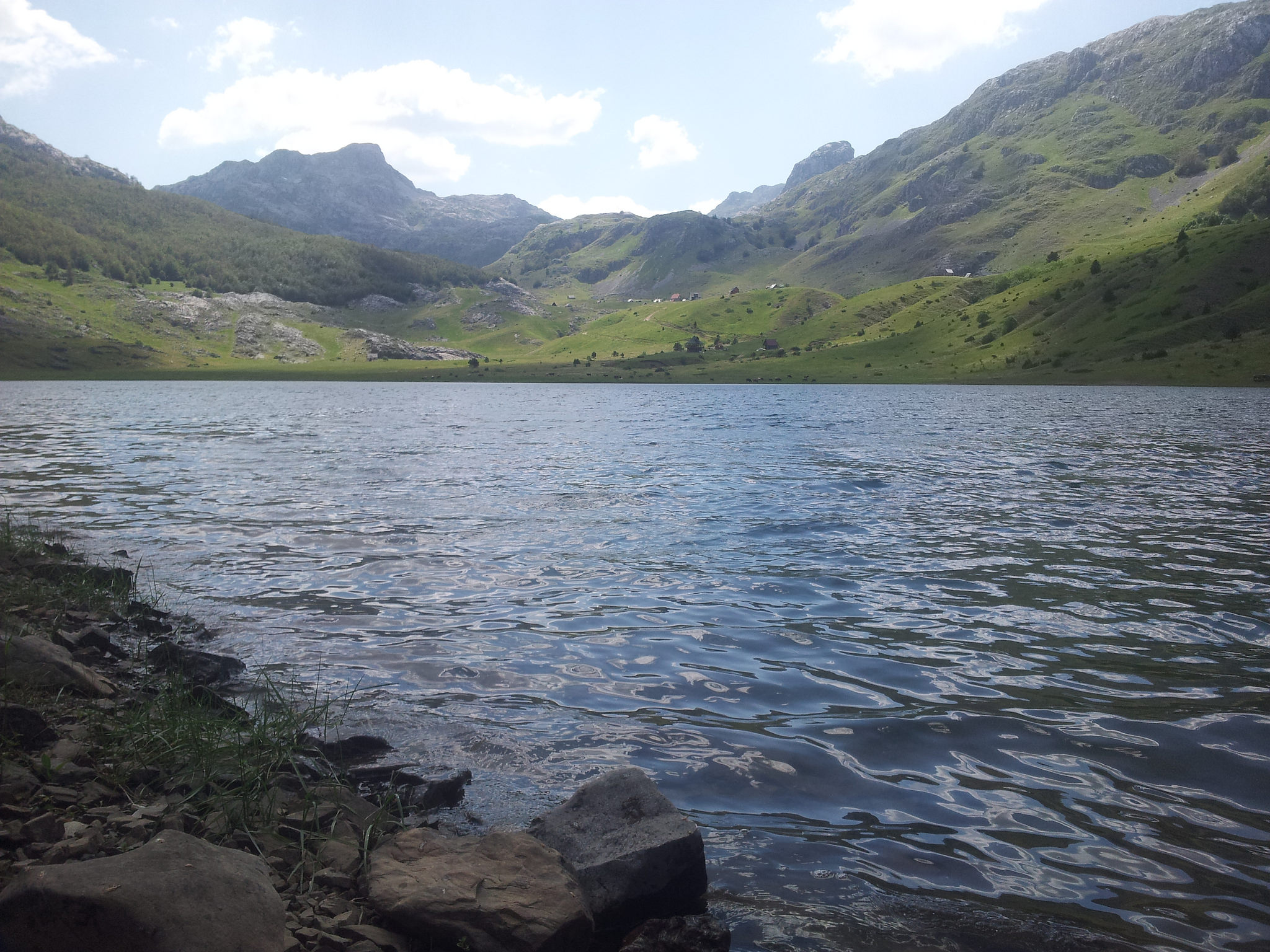 Simon joked about wanting to see my papers, since I just crossed the border. ˝Only if I get a stamp with a picture of the lake˝ I joked back. ˝This is Simon transit, slobodan!˝ He said. Together we drank some wine on that.

Simon also had a happiness project. He was building his Eko Katun Rika i Tor. Tor meaning cattle and Rika referring to the lake; Rikavačko jezero. ˝The confrontation between lake and cattle˝ he filosophized. At this spot you experience the consequences of that confrontation. In other words: grilled meat served with cheese and yoghurt. Local habits and traditions are both visible and touchable. And edible. People tradition and nature. In nature. 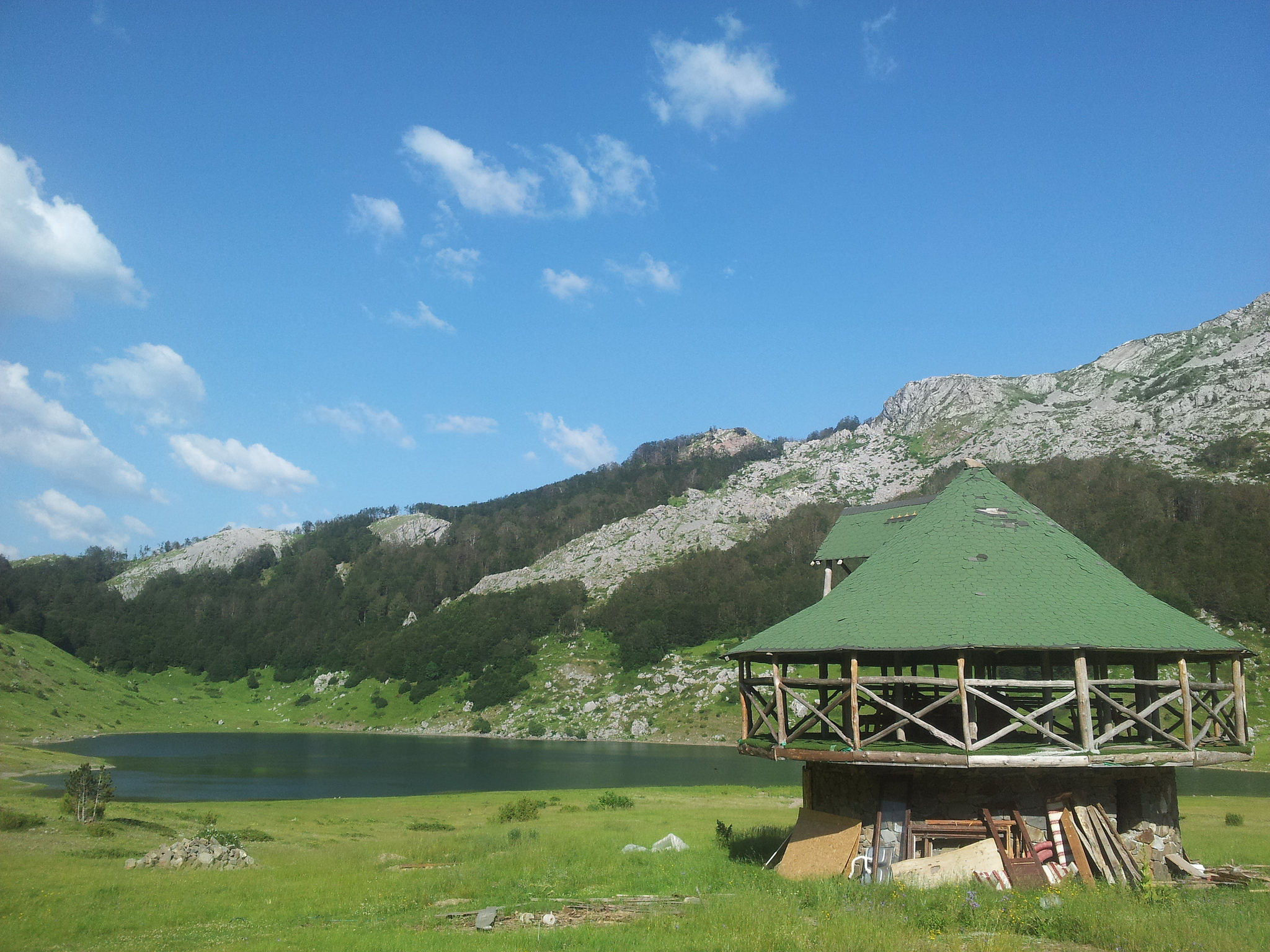 At this moment it is a pretty big job to put the restaurant, kitchen (grill-house) and five little cabins together. Although the design is done by a friend, Simon is both the foreman and the brain behind the project. A tough thing and Simon is not the most organized person. But hey, polako polako.

That’s how I decided to take it easy as well, to give myself a rest day. Sunbathing, swimming and sleeping. Drinking coffee, writing and listening to music. Meanwhile Simon was rummaging around pulling out cigarettes like there was no tomorrow. ˝Work, swimming i vino. This is sam raj˝, he kept repeating. I think it meant my paradise. This place makes him happy and I understood why. Still I believed to see some sadness. An escape into a project, into paradise. Away from reality. 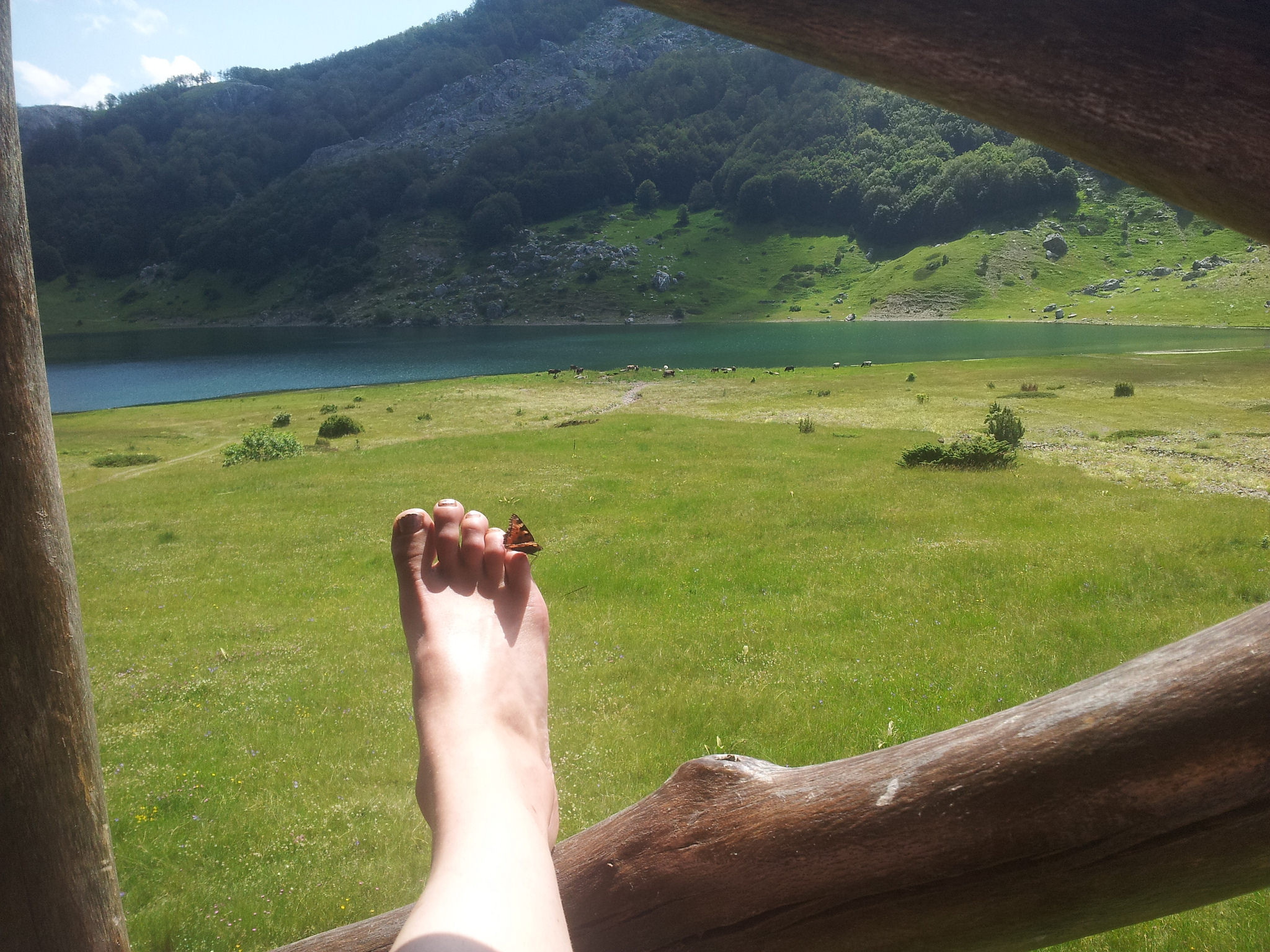 A day in Simons paradise

But why not? Enjoy wherever you can and don’t put too much time into systems and expectations. I would have loved to give him a hand, but I have my own project. My own escape into my own paradise. Through the Balkan by foot, day after day glued together by special meetings and incredibly beautiful places.

Yes, the Via Dinarica is my paradise!